May trip with Nakhchivan


Again I did my every year's spring trip and it turned out to be one of the best ever! Manly because of my visit to Nakhchivan Autonomous Republic (NAR) with Mario Camici and others. But more of that later... Already the time in mainland Azerbaijan was great with 215 species in 11 days!
Just a few images here: 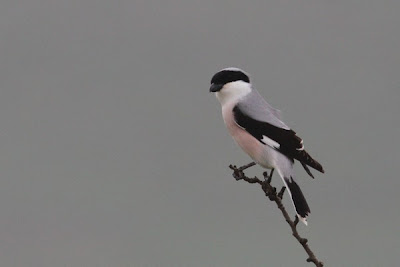 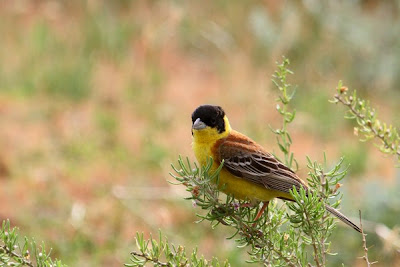 And then came the moment when I watered my camera while walking through the lagoon at Michas place at Besh Barmag... so I don't have any pics from the Greater Caucasus. We had at least eight Caucasian Black Grouse, a superb couple of Great Rosefinches for 20 minutes at close range and a group of more than 100 Caucasian Turs in Laza. In Khinalik we saw several Snowcocks and Güldenstadts Redstarts. In Quba forrest we had great views of a pair of Semi-collared Flycatchers and along the russian border there were Levant Sparrowhawks and Montagues Harriers. Other highlights were my first living Caspian Seal and at least 20 Arctic Skuas passing close the shore.
On our way back we stopped at Besh Barmag again and together with Micha we enjoyed the heavy migration of hundreds of Steppe Buzzards, dozens of Steppe Eagles and many other raptors.

Fortunately Christian Gönner borrowed me his camera. Although it was not the newest one it was essential to have it for Nakhchivan.
It was my first visit to the exclave and it was even better than what I dreamed of for years!
Here are some landscapes and the appendant birs.
Batabat region. At above 2000 m asl the lakes hold breeding Redshanks, Common Sandpipers, Black-winged Stilts, Little Grebes, Sedge Warblers... We didn't see Raddes Accentor, which Pavel Simeonow had here two years ago but many other subalpine birds. 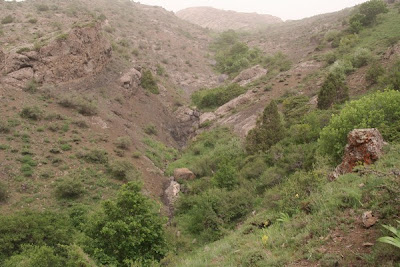 On the way to Batabat at about 1500 m asl, the typical habitat of Irania which is very common here. 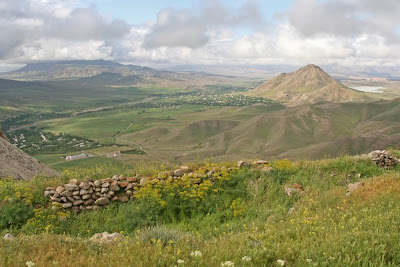 View from the Alindja castle mountain towards the lowland. 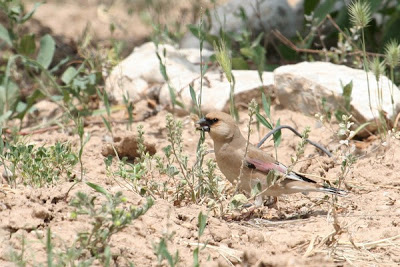 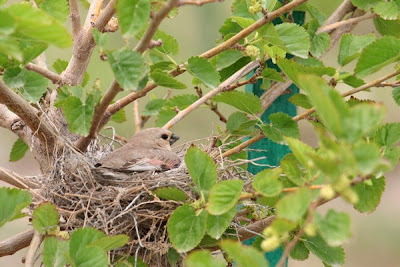 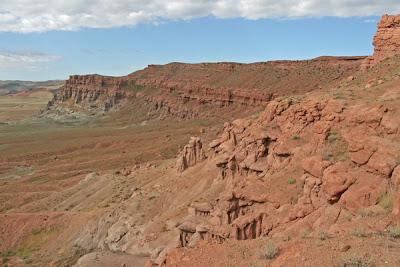 In the negram mountains, the lowest and driest part of Nakhchivan. Probably the best place to see Mongolian Finch. 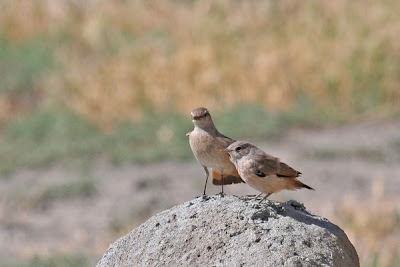 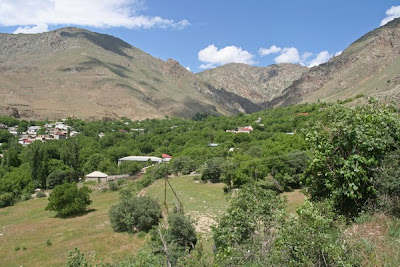 In the mountains of Ordubad region. Dry mountain slopes and lush vegetation in the valleys. 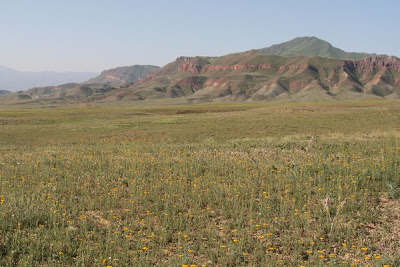 Steppes around Ilandag. Rich  in flowers and only slightly grazed compared with the mainland. 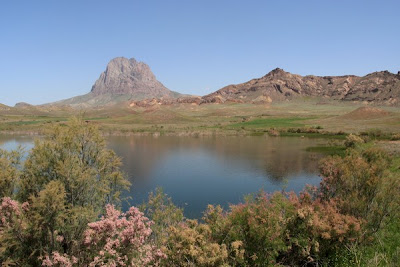 The symbol of Nakhchivan, Mount Ilandag. 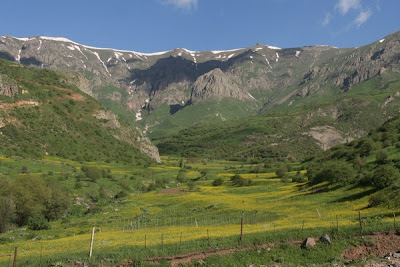 The place where we wanted to see Caspian Snowcock. Although our local guide has see them here before, we could not find any. Anyway, there are several places where they should occur.

Nakhchivan is absolutely great, not only the species but also the landscape! I'm already looking forward to our next year's trip ;-)