Contemporary to two guided birding tours, several small and self-organised birding groups visited Azerbaijan this spring. One of them, consisting of three Swedish birdwatchers, managed to observe two new sub-/species at once for the country!

Between the 23 and 26 May, Richard Ek, Olof Strand and Jesper Segergren went birding in the southern part of Azerbaijan. While searching for Shikras around Masalli on 23 May, the three spotted a Crested Honey-buzzard (Pernis ptilorhyncus) migrating north. Although Crested Honey-buzzards are wintering in Israel in increasing numbers (https://www.birds.org.il/article-page.aspx?langID=2&articleId=328) and are regularly observed in Batumi (Georgia) on autumn migration (https://www.batumiraptorcount.org/migration-count-data#annual-totals), there was no documented observation of this species in Azerbaijan until now. Previous claims of this species have been undocumented or considered as potential hybrids with European Honey-buzzards. 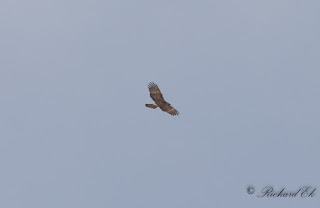 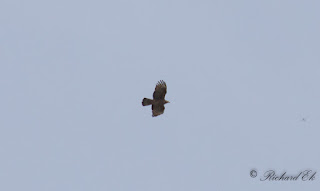 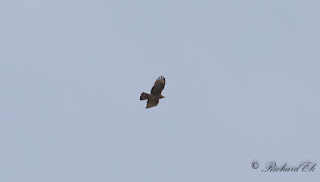 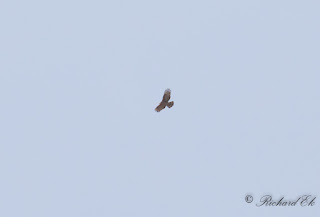 Just two days later the group had luck again. In the lagoons of Kizil Agach Bay they found a Southern Citrine Wagtail (Motacilla citreola calcarata) on 26 May. This subspecies, recognisable by its black instead of greyish back, normally occurs in Eastern Iran and Central Asian mountains, wintering in lowlands from Southern Afghanistan East to Myanmar (https://www.hbw.com/species/citrine-wagtail-motacilla-citreola). Apart from being the first sighting in Azerbaijan, this might only be the second observation of the subspecies in the Western Palaearctic after one individual in Anatolia (Turkey) on 18 May 2011 (http://tarsiger.com/news/index.php?p=news&find_button=hae&sp=find&lang=eng&place=&country=&species=87410&day=0&month=0&year=0&p_nr=0). 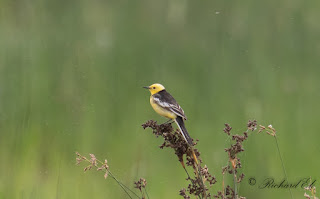 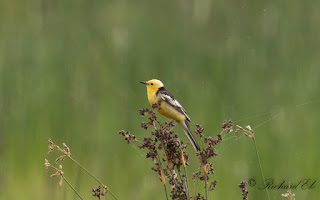