Start of Sandgrouse and Bustard migration

I am currently in Tbilisi (Georgia) due to some trouble with the prolonging of my visa. I hope to get it as soon as possible to continue the bird counts.

The last counting day was quite surprising as obviously a shift in species composition took place and several further species increased in numbers. The day started with an unusual observation short after sunrise with a flock of 500 high migrating Pygmy Cormorants. The next eight hours of counting produced:
130 Ruddy Shelducks
850+ Stock Doves
the first few Wood Pigeons
30 Hen Harriers
1 Rough-legged Buzzard
60 Black-bellied Sandgrouses
6 Black Storks, rare sight
800 Common Cranes in several flocks
5500+ larks, mainly Sky, but also Calandra and a few Woodlarks and Lesser Short-toed Larks
thousands of Rooks and Common Starlings
the first Little Bustards with a flock of 300 birds migrating south and further 6 individuals resting in the steppe
1 Blue-cheeked Bee-eater
and many others... 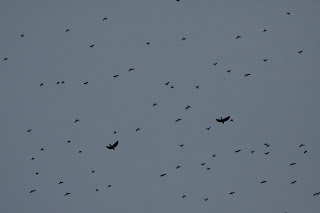 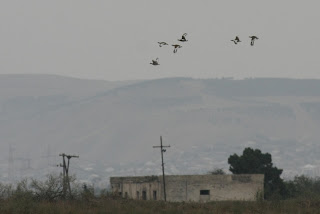 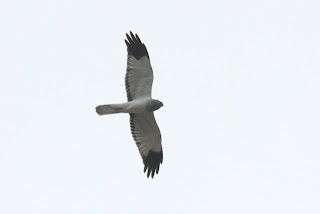 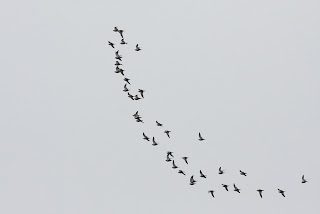 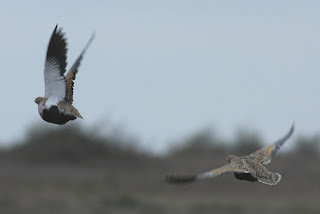