The wintertime is obviously over and bird migration increase day by day. Currently, we observe good numbers of migrating passerines with daily hundreds of Reed Buntings, Chaffinches and White Wagtails, the first Yellow and Citrine Wagtails also arrived. Daily, thousands of larks pass through the Besh Barmag bottleneck, mainly Calandra and Skylarks, often mixed in with other lark species such as Lesser and Greater Short-toed, Wood and rarely White-winged Larks. However, migration of Dalmatian Pelican, Marsh Harrier and Cormorants still continuous. Some further interesting observations were 1 Alpine Swift migrating North, a few Buff-bellied Pipits, 1 Red-fronted Serin, about 25 White Pelicans, 1 migrating Ring Ouzel and a Dotterel. 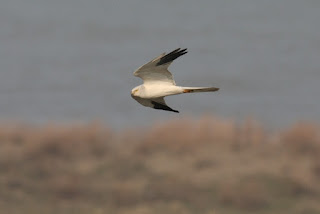 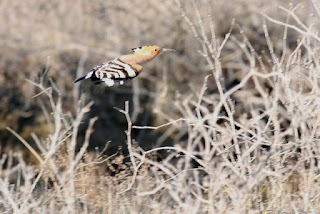 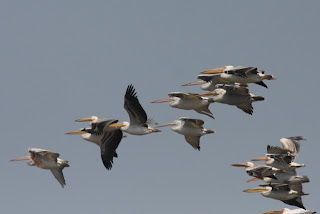 Mixed flock of Dalamtian and White Pelicans, the latter rarely occurs in Azerbaijan 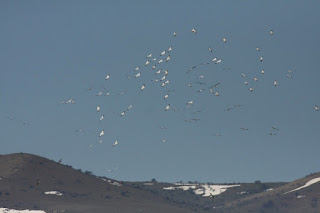 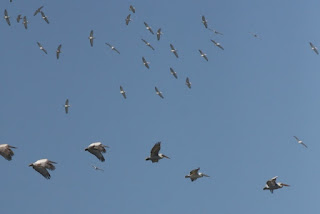 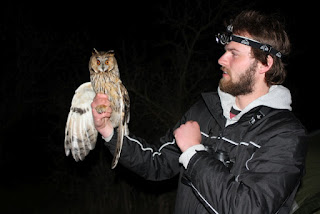 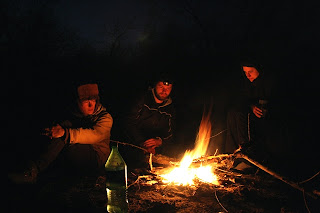 Campfire with friends from Baku and potatoes and sausages
Eingestellt von Micha um 19:44