Currently, I am conducting a bird migration study in Azerbaijan. The study site is situated between Greater Caucasus and the Caspian Sea. Both are migration barriers and large amounts of migrants are funnelled through a narrow coastal plain. This area offers the great opportunity to study migrants at the very edge of the WP. My study includes seawatching, passerine and raptor migration.

Now, the evenings are getting longer, so I have time to sum up some interesting observations. The most surprising was a SPOTTED NUTCRACKER. The bird was coming from the North and I was glad to see him landing in bushes some hundred metres next to me. So, I grabbed my camera and took photographs of the bird. This is the first record for Azerbaijan! 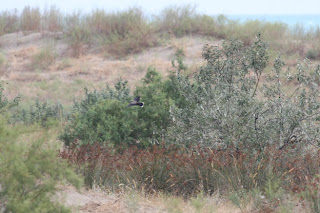 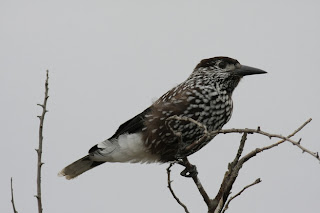 Some days of rainy and windy weather conditions produced further interesting species like a flock of Demoiselle Crane, a total of 15 Sociable Lapwings and thousands of Black-winged Pratincoles. 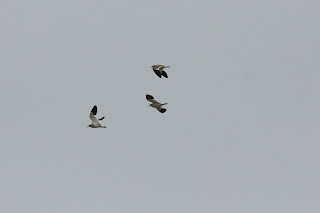 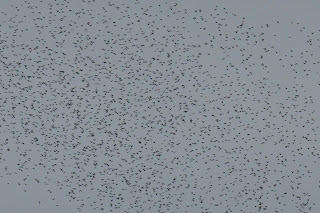 Another nice WP species was Oriental Skylark. I observed 6 birds in the end of September.
Despite raptor migration is rather weak a true highlight was the observation of a hybrid between European x Oriental Honey Buzzard. The photographed bird shows features of both species. 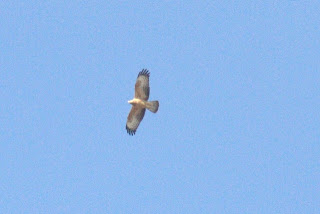