spring trip with Nakhchivan by Avifauna

Swedish birds & nature tour operator AviFauna did a successful tour in Azerbaijan 6-14 May, planned and lead by Tomas Haraldsson together with Kai Gauger. In the group were 12 Swedes, one Dane and three German birders and the logistics and arrangements were co-ordinated together with travel agency Caspian Tour. It was a rather fast-paced trip aimed at seeing the exclusive species for the region and also with the last three nights spent in the autonomous republic of Nakhchivan. Very happy and satisfied at seeing all the target birds and some 220 species in total during 7 field days.

In Shirvan Nationalpark we had a great selection of steppe birds as usual but with the flamingo lake pretty empty of birds. Hundreds of Rose-coloured Starlings in flocks, some 4.000 White-winged Black Terns on the sky, lots of Blue-cheeked Bee-eaters, Menetries Warblers and the other "locals".


In Machmud Chala wetlands two female White-headed Ducks surprised us, one of the unexpected species for the trip. In Masalli we found the Shikras on breeding site but only giving short views however a pair soaring above our lunch was nice :)
Unfortunately it was a little rainy in Kizil Agach. On the Caspian coast and its bird-rich lagoons were hundreds of waders including 6 Terek Sandpipers, 17 Broad-billed Sandpipers, 2 White-tailed Lapwings, an adult Great Black-headed Gull and lots of other wetland stuff, truly an exciting area.


In Xinaliq  we had a nice hike with perfect weather and saw 6 White-winged (Güldenstädts) Redstarts, 10 Caucasian Snowcocks, Lammergeiers, Alpine Accentor, Red-fronted Serins and lots of other stuff. On lower altitudes there were many Green Warblers and several Semi-collared Flycatchers at our lodging Nazli Bulaq.

In Laza there were about a dozen displaying Caucasian Black Grouse right above our homestay in the village. During the morning also several Wallcreepers, Mountain Chiffchaff, Green Warbler, Caucasian Snowcock, 5 Lammergeiers and a lot more was seen. A bit unsatisfying was a short fly-by of two Great Rosefinches. 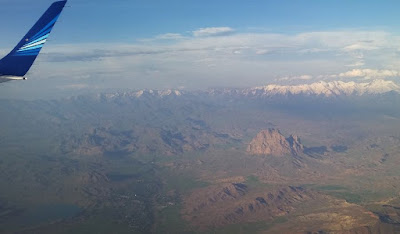 Thanks Aze and NAR for a very successful tour and hope to see you again soon!

Videos of birds and birding from the trip can be seen at Tomas' Youtube channel https://www.youtube.com/user/Tomas06560656/videos