The last two weeks several bird species that are new for the spring counts had arrived. Some of them are new for the whole migration study, such as White-headed Duck, Green Warbler, Spotted Crake, Greater Sand Plover, White-tailed Lapwing, Caspian Plover or Lammergeier. A true highlight was a White-headed Yellow Wagtail in a large flock of other Yellow Wagtails including several subspecies, such as beema, lutea, thunberg, flava and feldegg with all intergrades you can imagine.

Currently, raptor migration is increasing along the Caucasian foothills with small flocks of Steppe Eagles and Steppe Buzzards. The last two days hundreds of Black-winged Pratincoles passed by. 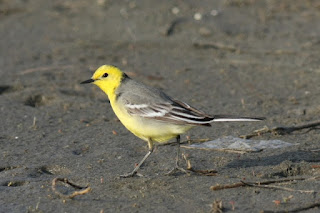 A Citrine Wagtail feeding in the lagoon 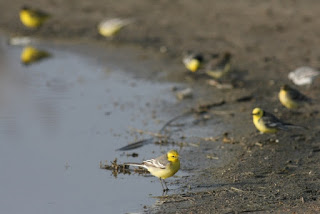 A flock of Citrine Wagtails 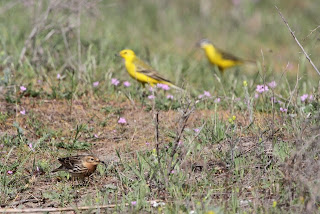 Red-throated Pipit catching some ants. In the brackground are beema and lutea Yellow Wagtails © F. Eidam 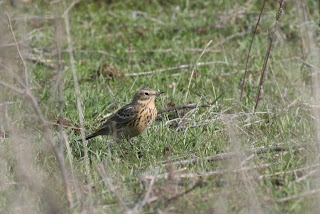 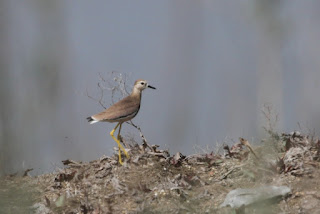 A pair of White-tailed Lapwings spend an afternoon in the lagoon © F. Eidam 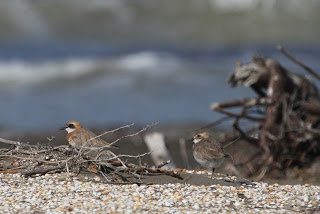 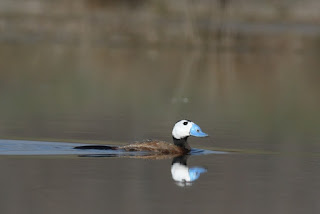 A male White-headed Duck spend three days in the lagoon 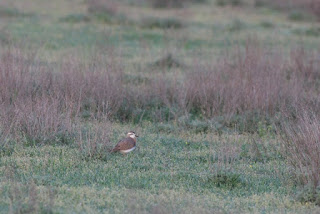 A beautiful Caspian Plover in the steppe near my observation point 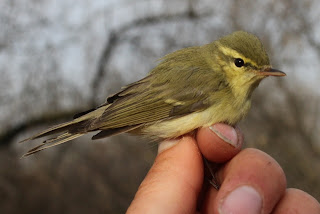 Despite only a few numbers of birds have been caught the last days, it however produced a Green Warbler © F. Eidam 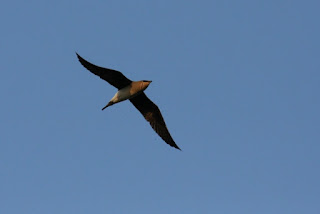 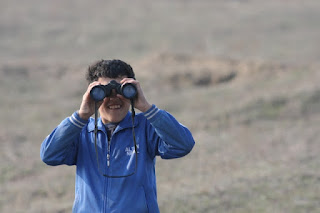 Friedrich watching out for soaring raptors,.. 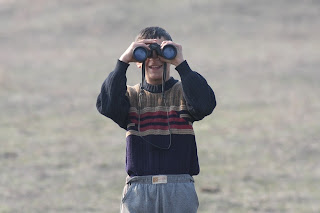