After some more or less boring days, the 7th November was maybe the most impressive observation day during the entire autumn season. After a cold and stormy night the landscape was covered with a thin but complete layer of snow. These bad weather conditions lasted the whole day with occasionally snowfalls and temperatures around 0°C. This onset of winter was responsible for spectacular bird migration through the bottleneck. I counted more than 150’000 Skylarks, 80’000+ Little Bustards and thousands of Pygmy Cormorants, Cormorants, geese, herons etc. Furthermore, a Sociable Lapwing migrated among some hundreds Lapwings and I heard a calling Richards Pipit in the stream of migrating larks. In the coastal plain I found 2 flocks of Dotterel with 35 individuals and a single Horned Lark. 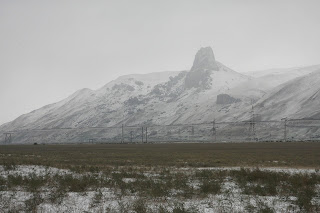 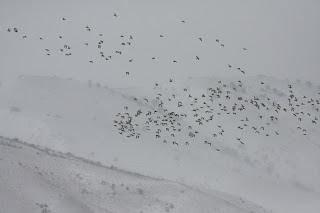 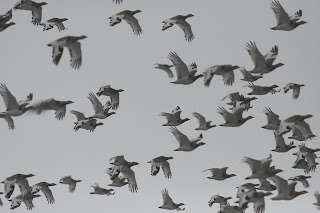 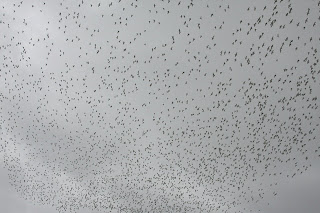 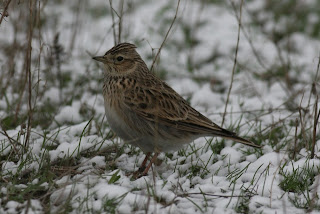 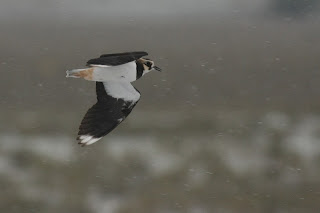 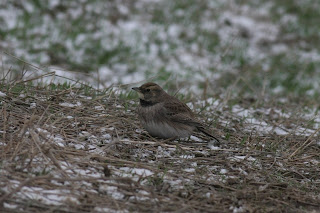 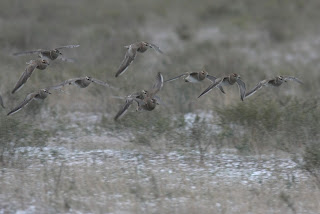